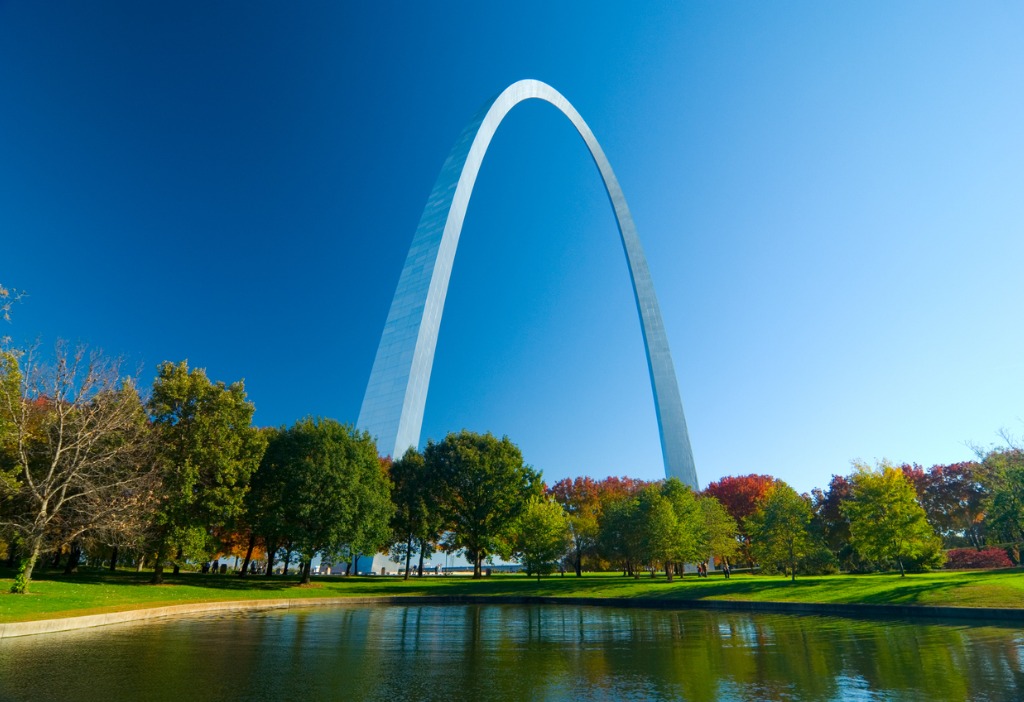 The St. Louis Gateway Arch is pretty much synonymous with the city of… well, St. Louis, Missouri, of course! It’s hard to mention this fabulous city without thinking of this incredible monument.

This stainless steel arch was built as a monument to the Louisiana Purchase, as well as Thomas Jefferson’s vision of the westward expansion of the United States. It is located on the Mississippi River and is often referred to as “The Gateway to the West.”

The Gateway Arch has a very rich history, so today, we are going to list off some fun facts and trivia about its history and construction.

Maybe they should build a replica, fuse them together, and make a Gateway Circle! Eh, that’s not really as catchy… and it would be a lot of work too.

A lot of St. Louis was destroyed to make room for the Jefferson National Expansion Memorial…

Alright, well, I guess this fact isn’t so fun.

The initial construction of the Arch was very controversial. Around forty blocks of St. Louis were demolished to clear up space for the national park’s construction. Many warehouses and buildings housing nearly 300 businesses were decimated to create the space, leading engineer W.C. Bernard to refer to it as “an enforced slum-clearance program.”

Not helping was the fact that it was later discovered that the vote cast to allocate city funds toward the project was rigged. Awkward…

A design competition was held to determine what the monument would look like.

While the inception of the Gateway Arch and funding began in the early 1930s, the Arch wouldn’t be completed or open to the public until the mid-1960s. In fact, by the mid-1940s, a design hadn’t even been chosen yet! A public design competition was put in place to determine what the final result would look like.

Humorously enough, there was a bit of a mix-up when the victor of the competition was revealed…

His son: Eero Saarinen. You can probably see where this is going…

The officials running the competition informed Eliel Saarinen that his design for the monument had been selected. Later on, when Eliel and his family were celebrating the victory over champagne, a telegram came in, informing the family that Eero had, in fact, won the competition and not Eliel.

The family proceeded to open a second bottle of champagne to celebrate the younger Saarinen’s true victory.

The construction of the Arch was rather precarious.

Needless to say, the actual construction of the Arch was far from easy. The Arch’s massive legs had to be built separately and then joined together at the top once both were finished.

Yeah… that doesn’t sound difficult at all…

In fact, if the legs’ measurements were off by as much as 1/64th of an inch, the two segments would not be able to join together. Many people even speculated that once the two legs were connected, the arch would come tumbling down. Of course, that didn’t happen, and the Gateway Arch is still standing strong 55 years later.

The colossal monument was built to withstand extreme weather and earthquakes, as it was designed to be able to sway as much as eighteen inches. However, under normal circumstances, the Arch does not move at all. It takes 50-mile-per-hour winds to make the Arch sway even one-and-a-half inches.

Somewhat understandably, the insurance company covering the construction of the Arch predicted that there would be thirteen deaths while it was being built. Miraculously, not a single person died during its construction.

The only death that has ever been associated with the St. Louis Gateway Arch was Kenneth Swyer’s. In 1980, he attempted to BASE-jump from the top of the arch, but his parachute failed, and he fell to his death.

United States Presidents are not allowed at the top of the Arch.

Despite the fact that the Gateway Arch was built as a monument to Thomas Jefferson’s vision of westward expansion, the Secret Service has forbidden all presidents from visiting the top of the Arch.

The sole exception to this rule was President Dwight D. Eisenhower, who visited the Gateway Arch in 1967 when he was 77-years-old. The former President arrived early at the monument, before it was open to the public, and insisted that he be able to ride to the top. It seems only fitting, as he was the President who signed the order to begin construction of the Arch in 1954.

Plan a visit to the Gateway Arch National Park!

The Arch’s tram system was designed by a college dropout.

No, we’re not talking about Kanye West. The Arch’s unique tram system that transports visitors to the top of the structure was designed by a man named Dick Bowser. You see, because of the Arch’s curved nature, typical elevators wouldn’t work, so a different solution was required.

Dick Bowser, a college dropout whose family worked in the elevator business, was visiting a friend who worked at the Montgomery Elevator Company, which had been tasked with solving the problem.

Bowser’s friend connected him with the architect, and given two weeks to come up with a solution, Bowser designed a system that was one part elevator and another part Ferris wheel. This same system is what is used to bring visitors to the top of the Arch today.

Alright, there you have it: six fun facts about the St. Louis Gateway Arch that you probably didn’t know!

Want to know something else that’s synonymous with St. Louis? Dogtown Pizza’s frozen St. Louis-style pizza! We have a bunch of different pizza varieties to choose from, and because they are plentiful in St. Louis grocery stores, it’s easy to stockpile them in your freezer for a later date. They’re perfect for when you don’t want to cook dinner or clean any dishes! 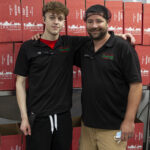 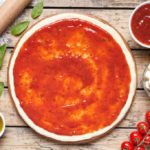 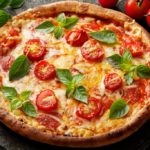