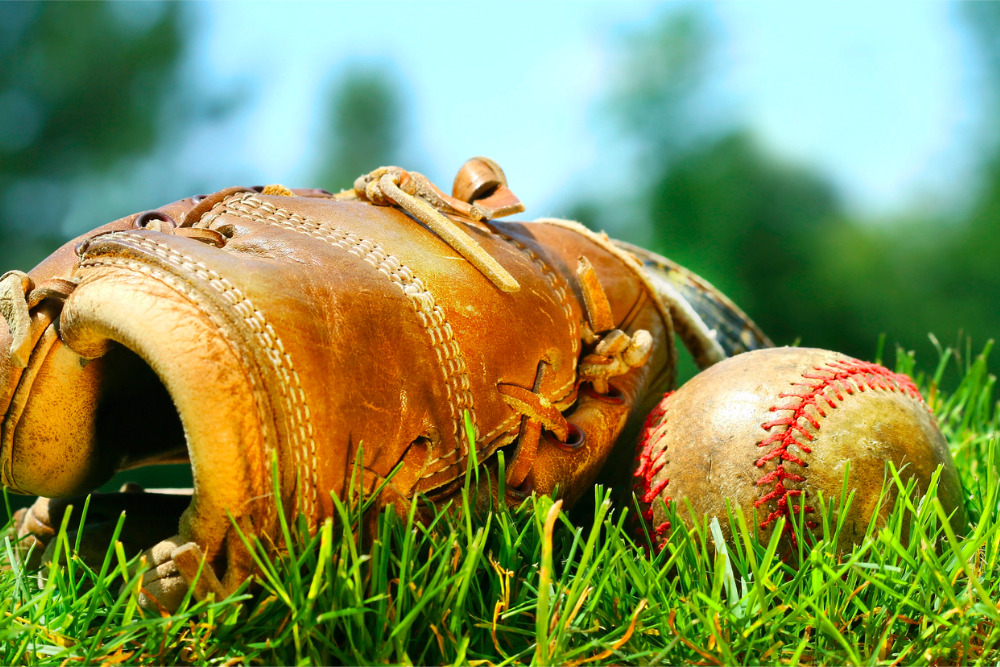 Baseball season is going to be here before we know it and there is truly nothing like going to a Cardinals game in St. Louis. So, with that in mind, we have decided to do a little research and talk about the over all history of sports in STL.

Disclaimer: This is a lengthy post so feel free to scroll to the section that you are most interested in. The history of sports in STL is pretty fascinating, especially for you hardcore STL sports and history fans! 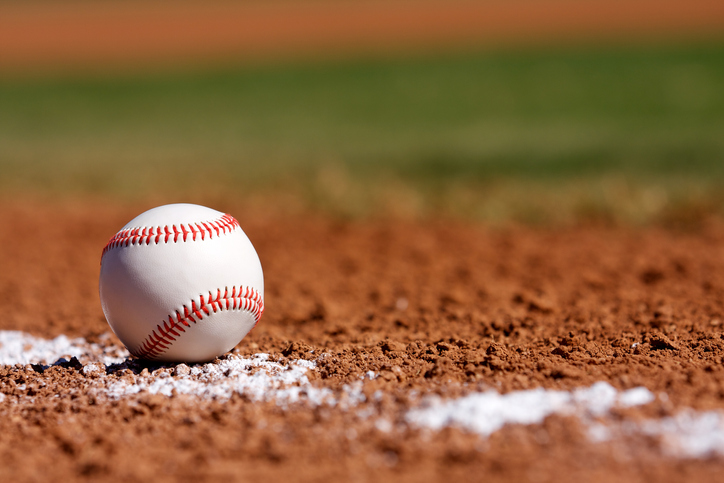 Why not start with baseball? The Cardinals have won 11 World Series Championships and are second only to the Yankees in wins, after all.

Professional baseball in St. Louis started with the inception of the Brown Stockings in 1875 in the National Association (NA) club. After the NA folded that following season, St. Louis joined the National League as a charter member, finishing in third place that season.

The number of reorganizations following the 1877 and 1881 seasons means that the Brown Stockings teams are not generally considered to share continuity as a franchise with the current St. Louis Cardinals.

St. Louis shortened their name to the Browns and became the dominant team in the American Association (AA). The AA went bankrupt and the team’s name changed again to the Perfectos and their 84-67 in 1899 would be the team’s best finish since the AA era.

Cool, but…when are we going to start talking about the Cardinals?

The Perfectos’ uniform had cardinal red trim and sock striping and during that 1899 season, St. Louis Republic writer Willie McHale included a remark that he heard from a female fan where she stated that the uniforms were a lovely shade of cardinal in an article about the team. Fans liked the nickname “Cardinals” and the name was officially changed in 1900 to Cardinals – a much better team name than the Perfectos or Brown Stockings, in our opinion.

Ironically, in 1902, an American League (AL) team moved from Milwaukee into St. Louis, renamed themselves the St. Louis Browns. They built a new park on the site of the Cardinals’ old stadium which started a 50-year rivalry.

In 1934 the team was nicknamed the “Gas House Gang” and won 95 games, the National League pennant, and the World Series. This season sparked the term “Cardinal Nation” due to the Cardinals’ heightened popularity outside of St. Louis via radio.

The 1940s were one of the most successful decades in franchise history with 960 wins 580 losses for a winning percentage higher than any other Major League team. During this period, they won the World Series in 1942, 1944, and 1946.

In 1953 the Anheuser-Busch brewery bought the Cardinals and August “Gussie” Busch became team president. The Browns also left for Baltimore this year to become the Orioles. This made the Cardinals the only major league club in town. 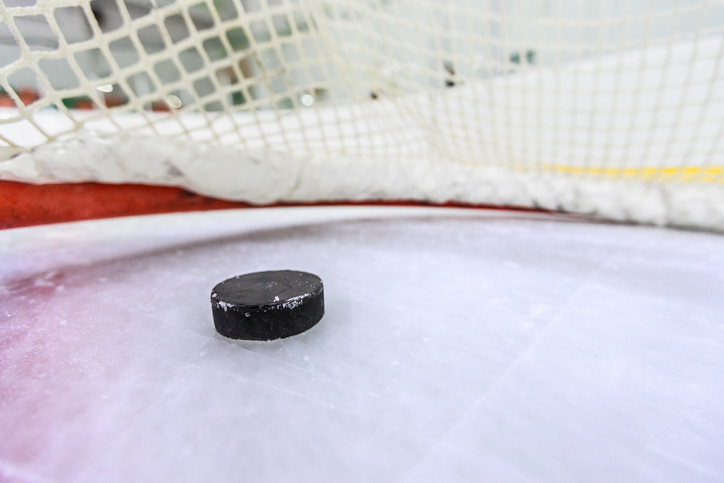 Whether you are a die-hard hockey fan or just a casual observer of the games when they are on in a bar or restaurant, it is hard not to get excited about the Blues.

The Blues have qualified for the playoffs in all but 9 of their 52 seasons and have appeared in the Stanley Cup Finals four times, winning the whole enchilada in 2019.

The Blues were one of the six teams added to the NHL in the 1967 expansion. The team was originally planned for Baltimore but The Black Hawks’ owners, James D. Norris and Arthur Wirtz convinced the league to put the team in STL. Why would they do this? In addition to their own NHL team, Norris and Wirtz also owned the then run-down St. Louis Arena. Because of the city’s geographic location and the fact that they already had a building, STL was chosen to be the home of the Blues.

The team’s first owners were Sid Salomon Jr., his son, Sid Salomon III, and Robert L. Wolfson. After acquiring the franchise in 1966, Salomon spent several million dollars on renovations for the 38-year-old arena and added 3,000 seats.

The Blues reached the Stanley Cup Finals in each of their first three seasons as a team but were swept first by the Montreal Canadiens in 1968 and 1969, then by the Boston Bruins in 1970.

The Salomons sold the Blues to Ralston Purina on July 27, 1977, after financial issues started to surface for them – but there was light at the end of the tunnel.

While they were finding on the ice, off of the ice was a different story. Ralston got into some serious legal battles with the NHL and on July 27, 1983, the NHL approved a bid from businessman Harry Ornest and a group of St. Louis-based investors to take over the team and arena. Ornest immediately reverted the name of the team’s home to the St. Louis Arena.

Ornest ran the Blues on a tight budget and the Blues remained competitive for the three years he owned the team.

Through the rest of the 80s and 90s, General Manager Ron Caron made some smart moves, landing talented forwards like Brett Hull, Adam Oates and Brendan Shanahan, defenseman Al MacInnis and goaltender Curtis Joseph. While the Blues were great contenders during this time period, they never passed the second round of the playoffs. As one of the top stars of the team, Hull’s 86 goals set the record for most goals in a single season by a right-winger.

Despite having the second-best regular-season record in the entire league in 1990–91, the Blues lost in the second round of the playoffs to the Minnesota North Stars, a defeat that was symbolic of St. Louis’ playoff struggles.

In 1999–2000, the team had a franchise-record 114 points during the regular season, earning the Presidents’ Trophy for the best record. However, they lost to the San Jose Sharks in the first round of the 2000 playoffs. The team remained competitive for the next three years, despite never advancing beyond the second round of the playoffs.

Due to several changes and an unstable ownership situation, the Blues finished the 2005–06 season with their worst record in 27 years.

Following that 2005–06 season, the new management focused on rebuilding the franchise.

The Blues finally reappeared at the 2009 playoffs, after defeating the Columbus Blue Jackets. On April 12, the Blues received the sixth seed with a 1–0 win against the Colorado Avalanche. For the first time in five years, the Blues were in the playoffs. They faced the third-seeded Vancouver Canucks in the first round, but despite the team’s tremendous run to end the season, the Blues would ultimately lose the series in a quick four-game sweep.

The Blues followed the trend of making playoff appearances and never making it to the championships until 2019. 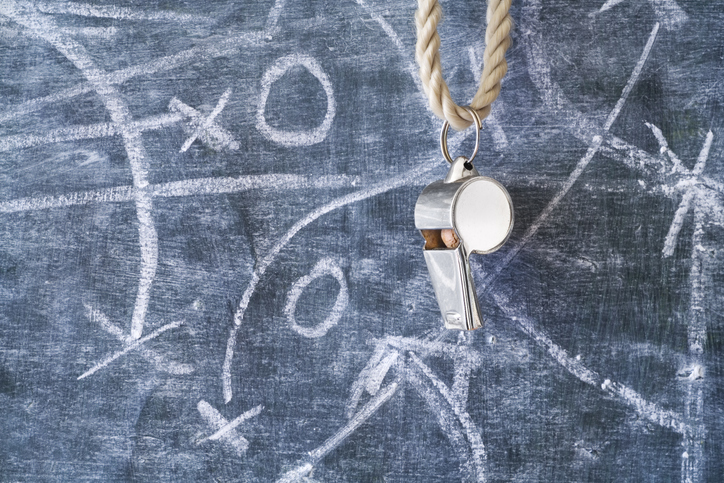 The history of football in St. Louis is a little less involved than baseball and hockey, but there is still plenty to talk about.

St. Louis has been the home to four NFL franchises. In 1923, three years after the NFL was founded, it accepted the St. Louis All-Stars as a franchise for the season. The team finished 1–4–2 in the league, and a 2–5–2 overall record while finishing fourteenth in the standings.

The team’s first game was on October 7, 1923, and it ended in a 0–0 tie against the Green Bay Packers. A week later they played to another 0–0 tie in their first home game, against the Hammond Pros, a traveling team from Indiana.

The second franchise was the St. Louis Gunners. The Gunners were an independent team that played the last three games of the 1934 season. They replaced the Cincinnati Reds on the league schedule after the Reds’ membership was suspended. They won their first game against the Pittsburgh Pirates (now the Steelers) 6–0 but lost the last two games to the Detroit Lions (40–7) and the Green Bay Packers (21–14). Six of the Reds’ players joined the team for the last two games. The team was headquartered at the St. Louis National Guard Armory, which accounts for its nickname the Gunners.

The third franchise was interestingly enough, the St. Louis Cardinals. They played from 1960-1987 and went to the playoffs three times (1974, 1975 & 1982), never hosting or winning in any of those appearances. In 1987, the Cardinals to Phoenix, Arizona and became the Phoenix Cardinals; then changing its geographic location name to Arizona in 1994.

On January 13, 2016, it was announced that NFL owners voted 30–2 to allow Rams ownership to move the team back to Los Angeles for the 2016 season

In December 2018, it was announced the XFL would place a team in St. Louis. The St. Louis Battlehawks began playing this year (2020).

When people think of sports in St. Louis, they don’t think about basketball, but there is some hoop history here!

On August 20, 2019, the MLS announced it had approved St. Louis as the league’s 28th franchise’s new home. The yet-to-be-named team is expected to join in the 2022 season and to play in a soon-to-be-built soccer-specific stadium next to Union Station.

The Major Indoor Soccer League gave St. Louis a franchise on July 31, 1979 called the St. Louis Steamers. The home opener on in December of 1979 drew over 18,000 fans to the game. Part of the team’s draw was that their roster was largely local talent.

During the 1981–82 season, the team averaged 17,107 fans per game.  In 1981–82, the Steamers won their second straight division title and reached the MISL Championship finals. During the finals, they lost to New York.

St. Louis has a strong tradition of soccer and is followed closely by many area residents. St. Louis has contributed at least one player to each FIFA World Cup.

In 2013, Chelsea and Manchester City played to a crowd of 48,000 in Busch Stadium. Later that year, on August 10, the Edward Jones Dome hosted a huge exhibition game between Real Madrid and Inter Milan in front of 54,184 fans, setting a city record for attendance for a soccer match.

Another cool fact is that 29 people who have called St. Louis home have been inducted into the National Soccer Hall of Fame.

No matter what sport you are a fan of, don’t forget to pick up some St. Louis-style Dogtown Pizza for your next watch party!