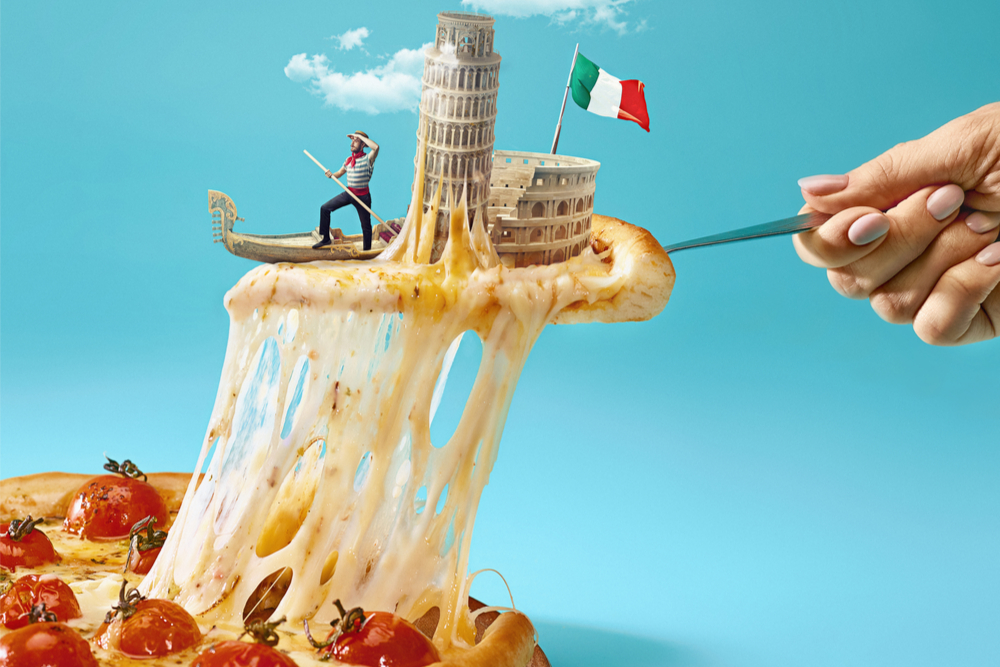 It is not secret that we are in love with pizza- no, obsessed with pizza here at DTP. It seems that we are not alone in our infatuation. People around the world go nuts for their slice of the pie. Today, we are going to take a look at pizza styles around Italy, the Mediterranean, and of course right here in St. Louis.

How Pizza Got It’s Start

We have talked plenty about the history of pizza in America, but we will give you a quick synopsis of how it got here in the first place. Pizza was first introduced to America in the late 1800s by Italian Immigrants, and eventually, the first pizza parlor was licensed in 1905 in New York City. Later in 1940 pizza arrived in Chicago thanks to second-generation Italian Immigrants moving west. They also gave the pizza their own style with a deep dish crust loaded with toppings. It then made it to the west coast and in the 1980’s they also gave it their own style, incorporating elements from the health craze that came before it.

Styles of Pizza Around the World

While it’s true that America loves its pizza, we’re hardly the only ones. It turns out, pizza has a world wide fanbase, with as many styles as you can imagine. Let’s take a look at a few of the many styles of pizza around the world.

Italy can lay claim to being the birth place of pizza and has several different styles based on the region it’s made in.

Traditionally we expect our pizza to be some sort of balance of sweet and savory, such as tomato and spicy sausage. However, in the Mediterranean, their pizzas have a totally different, and earthier, style.

With all this talk of international pizza styles, it wouldn’t be right for us to not mention St. Louis-style pizza. Not unlike pizza from Rome, St Louis style pizza starts with a crispy, cracker-like crust, topped with tomato sauce and the crucial ingredient, our special cheese blend. The pizza is also cut into squares, known as the party cut, to better support the toppings. According to local legend, the square-cut pieces got their start because of tile layer Ed Imo, who cut his pizza like he cut his tiles, in small rectangles.

No matter what kind of pizza you’re into, whether it’s Chicago Deep Dish, Sicilian Slices, Lebanese breakfast pizza, New York Thin or St. Louis style, we can all agree that this portable meal has become as American as Apple Pie!