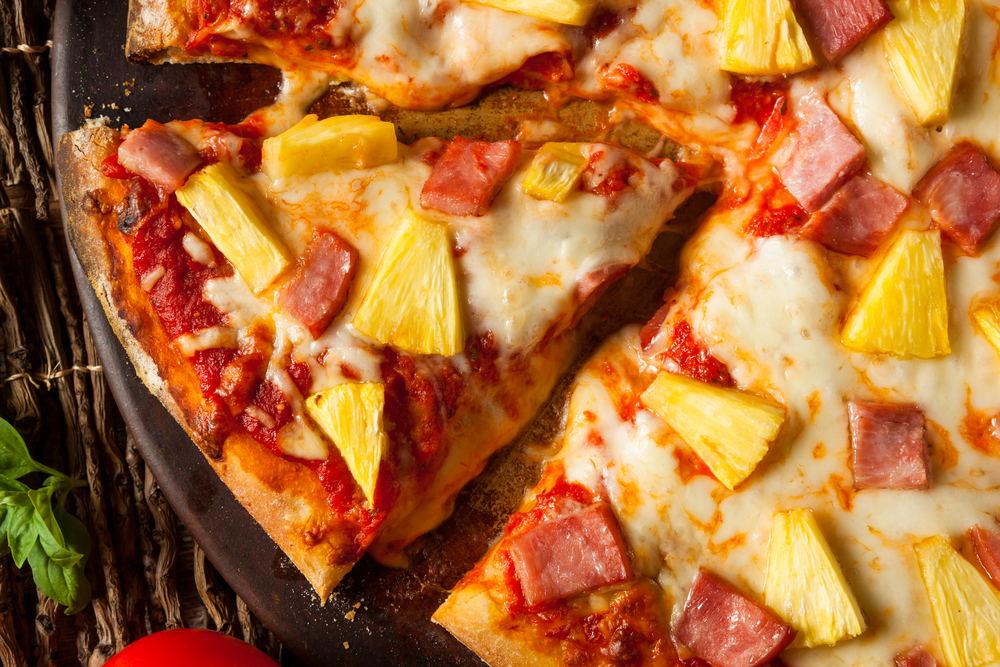 Once upon a time in a land far far away, or maybe closer than you think, a Greek-Canadian immigrant named Sam Panopoulos put pineapple on pizza and called it “Hawaiian.” Hawaiian pizza has been a thing for many years, but as of recent there have been many heated conversations regarding pineapple pizza.

Pineapple on pizza is the most polarizing topic in the world of pizza today. It’s because pizza lovers of all shapes, sizes and ages either love it or hate it–– there is no in-between! But let’s face it, those who hate it seem to be more vocal than those who love it. We’re here to show you both sides of the pineapple coin…

Pineapple is good for you! If you suffer from arthritis then throw some pineapple on your pizza! Pineapple can also boost immunity and keep you from getting sick! If you’ve got digestive problems, then you’ll be glad to know that pineapple is a natural digestive aid. It’s scientifically proven!

There are lots of vitamins, nutrients and minerals including:

So while you’re feeling guilty about the grease and carbohydrates you’re scarfing down, wouldn’t it be great to know you’re also being good to your body by adding pineapple to the mix? What better way to consume pizza in a healthy way, than to add pineapple to your pizza? The combination of sweet and savory is nothing new. Balancing the salt in the tomato sauce, cheese and other toppings with the sweet goodness of pineapple is a flavor explosion for your taste buds!

Did you know there are Facebook pages dedicated to hating pineapple on pizza? We kid you not! Iceland’s president, Guoni Johannesson, even came out publicly recently and declared that pineapple on pizza should be banned!

Celebrity chef Gordon Ramsay made his stance quite clear when he tweeted, “Pineapple does not go on top of pizza…..” Well he may be the boss in his own kitchen, but good thing he doesn’t make the rules for the rest of the world! There are enough disparaging remarks and references in pop culture, anti-pineapple activists are out there trying to convert pineapple enthusiasts and vice versa.

Where do you stand on the pineapple on pizza debate? There’s really no wrong answer because we are all pizza lovers at heart, and that’s all that really matters! Pineapple or no pineapple, Dogtown Pizza has your back no matter which side you choose.