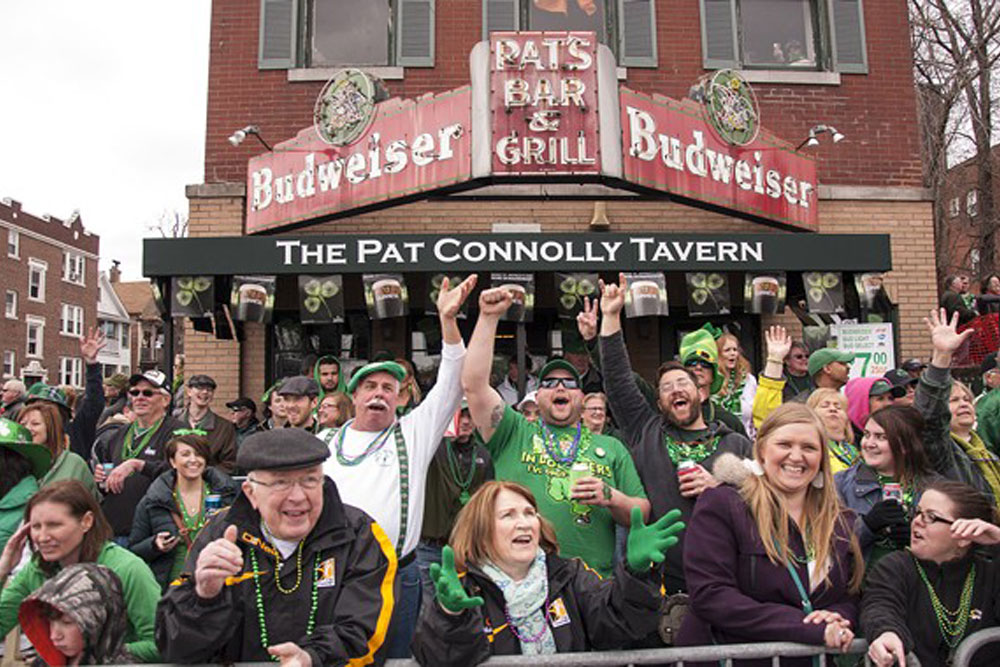 Originally, there were a few small clay and coal mines in the area during the 1800s. The miners lived in a series of small shelters and shacks that they called Dogtown. Why did they call it Dogtown? We are glad you asked. The term ‘dog’ appears in official mining terminology (dogholes, doghouse, dogtowns, dogmines, etc.), and places all over the U.S. were called “Dogtown,” back then and only existed because of the mining industry.

A lot of people associate the name Dogtown with the World’s Fair and…that legend is a bit dark. If you want to know more about the unsettling myth, click here.

From 1850 until the 1940’s, Dogtown (referred to as “Cheltenham” at the time) was home to a large Irish population. Irish immigrants saw the mines as a perfect opportunity to work and start making a living in America.

As we said before Dogtown isn’t an official neighborhood per say, but there are boundaries that everybody in the neighborhood recognizes.

According to Dogtown expert Bob Corbett, the boundaries are generally defined as: Oakland Avenue to the north, Macklind Avenue on the east; Manchester Avenue to the south (except for a section between Hampton and Dale avenues that juts under Highway 44) and the Maplewood city limits (around McCausland Avenue) on the west.

Adjustments have been made to the boundaries over the years by the historical society. For example, the western boundary was extended to include homes on the west side of McCausland (a part of the original Dogtown neighborhood).

Dogtown today is known for its bars, restaurants, and the St. Patrick’s Day parade sponsored by the St. Louis Ancient Order of Hibernians. The St. Patrick’s Day Parade in Dogtown is an all-day affair that everyone (especially those with Irish roots in the area) looks forward to every year.  Although not everyone who lives in the Dogtown neighborhood today is Irish, fun-loving Irish pride can be seen throughout this cool, laid-back area of St. Louis.

At Dogtown Pizza, we love our little town in the big city and are very happy to be a part of the amazing community here!

What is your favorite piece of St. Louis history? Let us know in the comments below!