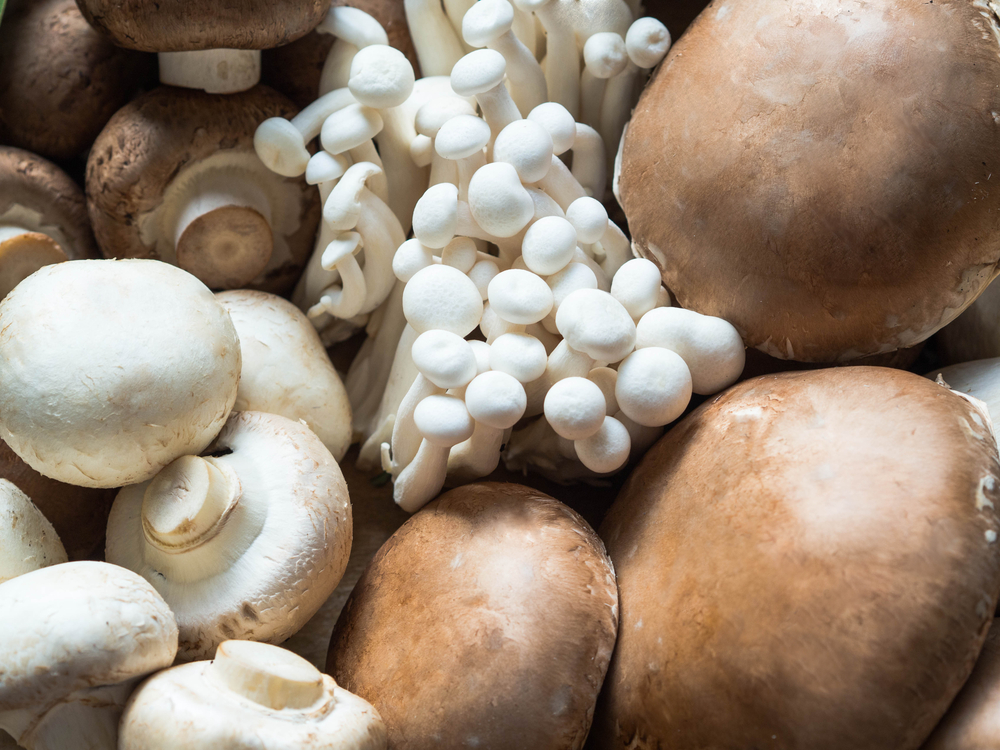 Here at Dogtown Pizza, we can’t get enough of our fresh mushrooms—try them on our Veggie pizza with red onion and bell peppers or on our Deluxe pizza with yellow onion, salsicca and bacon—but we couldn’t believe how interesting this one humble little ingredient is. Read on to learn some fun facts about mushrooms!

Even though we find them in the produce aisle at the grocery store, next to the veg at the farmers market, and on our delicious Dogtown Veggie pizza, mushrooms are actually more closely related to animals than to plants because they’re a fungus. Just like human skin, mushrooms produce vitamin D when exposed to sunlight, but they don’t need sunlight to survive.

Mushrooms are detrivores, which means they feed on dead plants and convert them into nutrient-rich soil. Detrivores are an important part of the ecosystem and the decomposition process. Without them, our planet would be unrecognizable and barren.

Some mushrooms can also feed on toxic materials like oil, industrial waste and harmful bacteria, processing the toxins out and leaving behind fresh soil.

How Long have Mushrooms been Around?

The oldest known mushroom is 90 million years old and found preserved in amber, but in 1989, scientists found a fungus fossil dating back more than 420 million years. This means fungi predate sharks by 20 million years!

One of the oldest living mushroom colonies are in rings growing around Stonehenge in England—these rings can be seen from space. A fungus called The Honey Mushroom, a massive organism spreading across almost 4 square miles of soil in Oregon’s Blue Mountains, is estimated to be at least 2,400 years old.

Mushrooms are Fast Growing and Glowing

The ancient Egyptians though mushrooms grew by magic because mushrooms grow fast: once they’ve broken the surface of the ground, they double their size in 24 hours.

There are over 30 species of mushrooms that glow in the dark, using bioluminescence: some cultures used to see in the dark by carrying pieces of wood that were grown through with glowing mushrooms as a sort of pre-flashlight flashlight.

The most popular type of mushroom in the US, representing 90% of all mushrooms eaten in the States, is the white button variety. It’s sold as the button mushroom, the white mushroom and the portobello mushroom, depending on which stage of development it’s harvested at, and the brown version of this mushroom is sold as the Crimini.

Mushrooms Are An Underrated Superfood

Most species of are between 80-95% water, but they contain B vitamins, vitamin D, potassium, selenium, zinc and dietary fiber.

Mushrooms will retain their nutrients through cooking, as long as they aren’t boiled.

Since they’re fat-free, calorie-free, and carbohydrate-free, mushrooms are the perfect way to add a lot of nutrients (and flavor!) to any recipe.

Do you know any fun facts about mushrooms that we left out? Share them in the comments below!