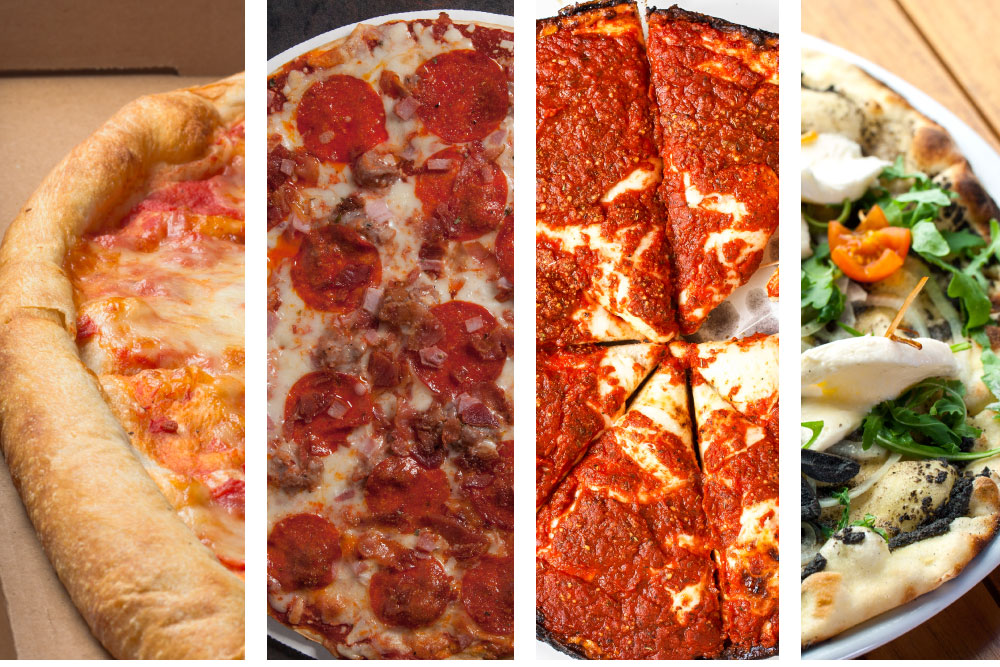 It’s generally agreed that pizza is made from crust, sauce, cheese, and toppings, but there are a ton of ways to combine these ingredients to make the pizzas we love! At Dogtown Pizza, we think all pizzas deserve a little recognition, but we are obviously partial to St. Louis-style pizza.

There’s thin crust, thick crust, pan crust, deep dish, and stuffed crust; there are even pizzas that have hot dogs in the crust or hot wing ingredients as toppings! We’re going to focus on four iconic pizza styles from around the country and explain the differences between these popular pies. 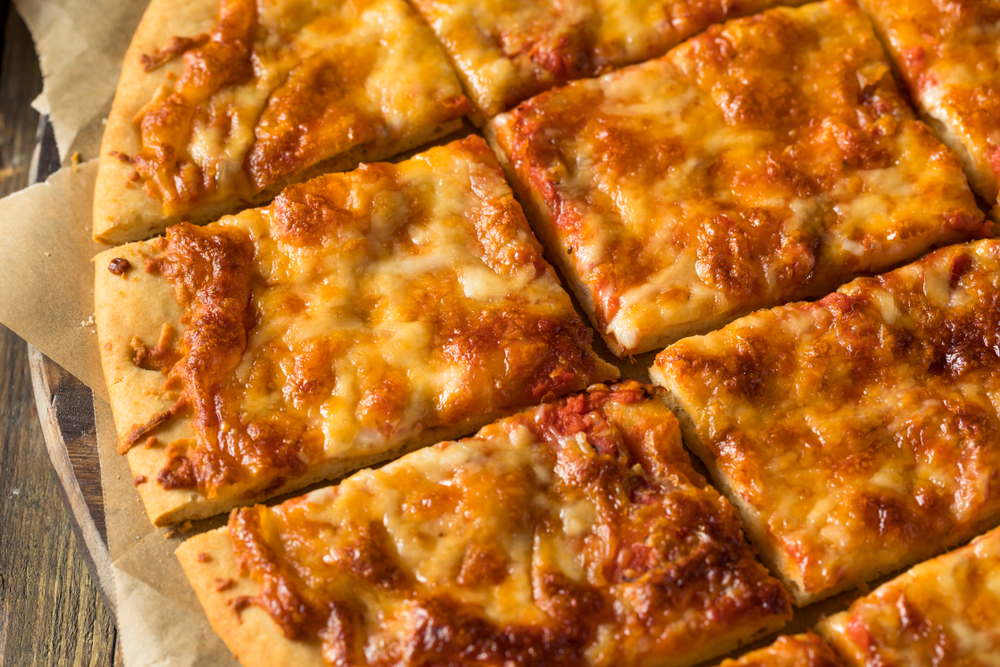 The history of St Louis-style pizza goes back to around 1945 and even though some consider it a variation on a Chicago-style thin crust. It’s very likely that both were based on a type of traditional Italian pizza that was recreated by Italian immigrants when they moved to the states and opened restaurants to make traditional dishes from their homeland. In contrast to a Chicago-style thin crust, St Louis-style crust goes even thinner, thin enough that it’s described as “crispy” or as a “cracker-thin crust.”

Another characteristic of St Louis-style pizza is its use of a proprietary cheese blend, a sweet sauce that’s heavy with herbs like oregano and basil, and a commitment to fresh ingredients. Also notable is the classic square cut, or “St Louis-style cut”—sometimes called a “party-style cut,” because in St. Louis it’s always a party!

At Dogtown Pizza, it is our goal to bring our signature St. Louis-style pizza into your home, and we believe that St. Louis has the best pizza around, but let’s look at some other heavy hitters in the pizza game. 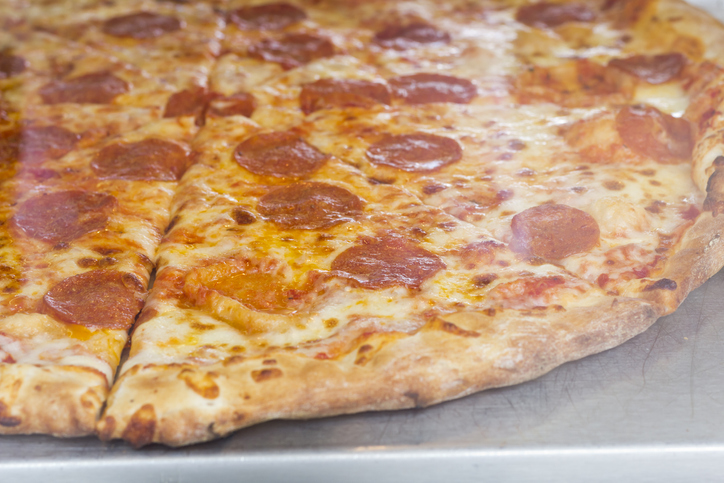 It is no secret that people in New York are serious about their pizza. Classic New York-style pizza is characterized by generously sized slices that are thin and flexible. Traditionally hand-tossed and moderately covered in sauce and cheese, the slices are often folded in half to be conveniently eaten on the go. This is the style of pizza that’s most often just thought of as “pizza” across the country: not very thick or thin, just a nice middle of the road kind of pizza.

New York-style pizza came with the opening of America’s first pizzeria, Lombardi’s in the Little Italy neighborhood in 1905. Lombardi’s served large, wide pies that were baked in coal-fired ovens. Now, the coal ovens are – mostly – gone but the wide style of pizza still remains! 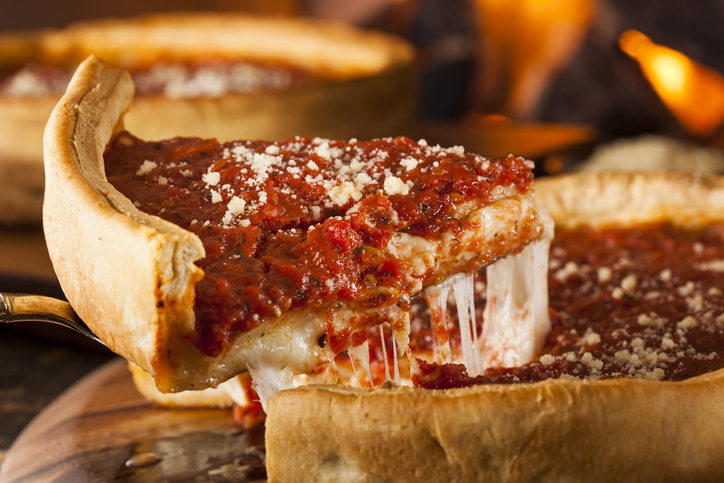 In 1943, Ike Sewell and Ric Riccardo opened Pizzeria Uno on the North Side of Chicago and decided to experiment and create a new type of pizza that resembled more of a cake than traditional Neapolitan pizza. The experiment obviously worked. Today Chicago-style deep dish pizza is an institution in and of itself.

Chicago-style deep dish pizza is something that many pizzerias across the country try to replicate, but it’s not quite as simple as shoving a double portion of crust into a deep pan and then piling on the toppings!

This pizza actually layers the ingredients in a different order from regular pizza: crust, then cheese, a generous layer of toppings, then followed by the sauce on top. This top layer of sauce lets the crust cook all the way through instead of becoming soggy under or doughy—we’re sure you’ve tried a deep dish pizza at some point that was still a little, um, rare near the top of the crust, and this is why!

Not willing to be put in a box—unless it’s a pizza box—Chicago is also known for a thin crust pizza, known in Chicago as “Tavern Pizza.” This style of pizza is thin enough to have a good crunch but still soft enough to be doughy. It’s topped with sauce, then toppings, then a generous amount of mozzarella; Chicago thin crust usually uses tons sauce so the cheese and toppings often separate and slide off of the crust. 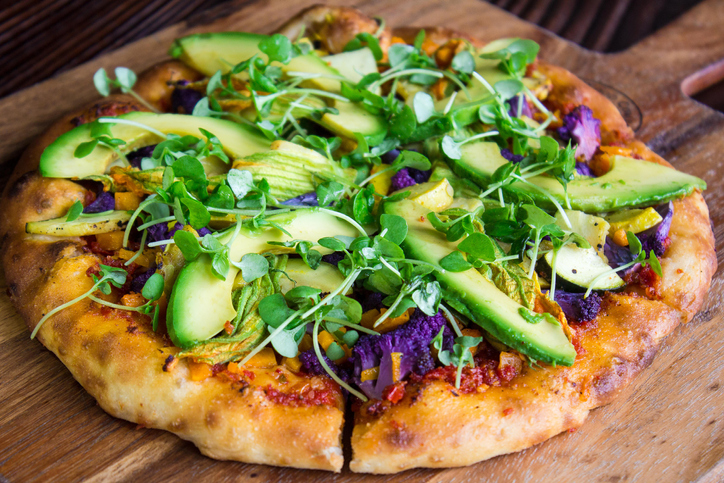 The history of California-style pizza doesn’t go as far back as the other types of pizza mentioned above but we can’t ignore the fact that this style is a major player in the pizza game.

Two restaurateurs, Ed LaDou and Alice Waters, are credited with the invention of California-style pizza in the 1980s. LaDou, a pizza chef at Prego Restaurant in San Francisco, was encouraged to experiment with pizza styles while Water’s was miles away overseeing a team of pizza chefs at Chez Panisse in Berkeley where Italian cuisine with a California twist was served.

LaDou went on to influence the development of the California Pizza Kitchen menu as the California-style pizza became more and more popular throughout the 1980s and 1990s.

What’s your favorite style of pizza? Tell us in the comments below!