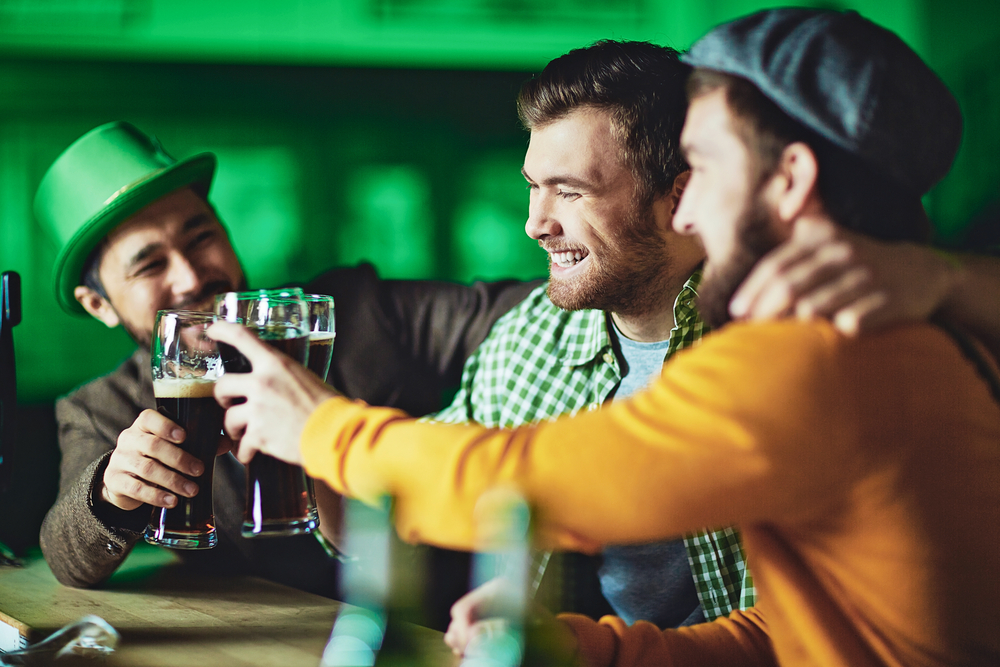 Right after green leprechaun hats and “Kiss Me I’m Irish” t-shirts, beer is the most recognizable symbol of St Patrick’s Day. If you’re planning to indulge in some of St Louis’s best local brews this St. Paddy’s Day, we have the pizza paring suggestions to go with them—no Irish luck needed, these are all good!

Dogtown Veggie Pizza & Hard Cider – Here at Dogtown, we love pizza and hard cider almost as much as we love pizza and beer. We wanted to recommend a specific cider, but there are just so many we couldn’t narrow it down! The fruity sweetness of cider contrasts well with the earthy mushrooms on this pizza.

Dogtown Tomato Basil Garlic & 4 Hands Incarnation – We know what we just said about matching the light flavors of veggie pizza with a lighter flavored beer… but Dogtown’s TBG isn’t your typical veggie pizza, which is why it matches so well with Incarnation! The bright tomato and basil flavors are intensified by the sweet flavors of passion fruit, pineapple and candied fruit in this IPA. Try it, you won’t regret it.

Pizzas with a lot of meat are salty and savory, and they need a strong beer that can stand up to the intense flavors. We recommend heavier IPAs and nutty stouts to compliment the strong meaty flavors without being too overpowering.

The trick with specialty-sauced pizzas is that they can be veggie-based or meaty, but the star of the crust is the sauce, so that’s what you should focus on when choosing your perfect beer. Match spicy with citrus notes, sweet with lighter flavors, and heavier sauces with heavier flavored beers.

Dogtown Sweet BBQ Chicken & 4 Hands Single Speed – The sweet BBQ and savory chicken on this signature pizza  goes well with this soft American blonde ale, it has a refreshing and floral flavor profile that won’t clash with the stronger BBQ flavors of the pizza.